The School insignia consists of all three services’ elements; the crossed swords of the Army, the golden eagle of the Air Force and the anchor of Navy respectively.  These three elements constitute the main aim of the organisation to train cadets to join the defence services. The School motto has been taken from famous sixth verse of preface of Sanskrit text ‘Hitopadesha’ and means ‘education gives humility’. 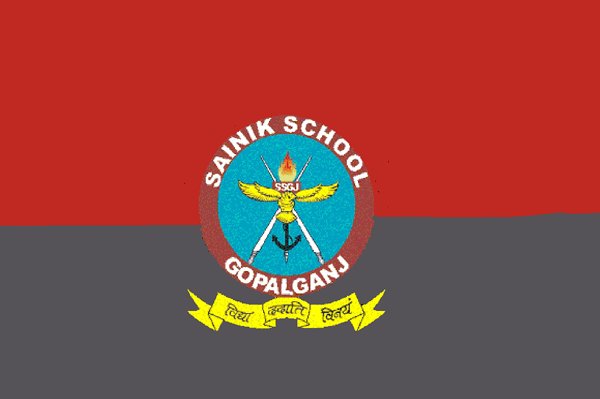 Sainik School Gopalganj is situated at its temporary location at Hathwa Raj Guest House, Hathwa, Gopalganj Distt in Bihar.   The nearest Railway Station is   Siwan Jn which is 20 Km away from the School.  Nearest Airport is at Patna at a distance of 195 km, Gorakhpur (UP) is 130 km from school. The School is spread over an area of eleven acres.